How Should Evidence of Suitability Rules be Changed? 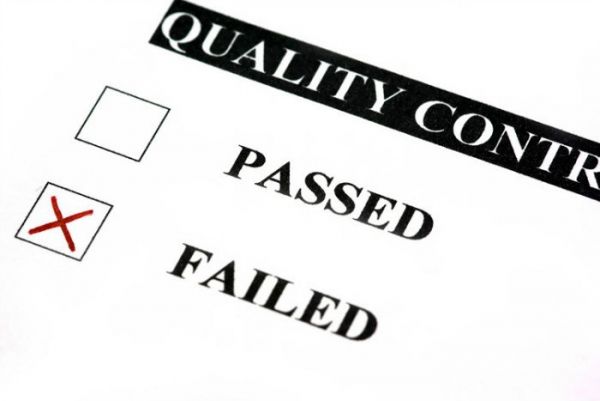 What has not changed, however, are the provisions contained in Part A2 of National Construction Code (NCC) Volume One and Three and Part 1.2 of NCC Volume Two, which set out the requirements which designers, builders and certifiers need to follow in order to determine whether or not sufficient levels of evidence has been obtained in order to demonstrate that the products which are selected and used on projects are in fact fit and suitable for the purposes for which they are being used. These requirements remain largely unchanged since the first version of the Building Code of Australia was introduced in the 1990s.

Furthermore, this is an area which is coming under growing scrutiny following the importation of a number of dangerous and/or non-compliant products. As well as recent cases of materials which contain asbestos, there are the well-known cases of combustible cladding building used at the Lacrosse apartment complex in Melbourne’s Docklands precinct and the Infinity cable debacle in which faulty and dangerous cable was supplied to thousands of homes throughout the country.

It is in this context that a review of the requirements is underway. Indeed, the Australian Building Codes Board (ABCB) is actually undertaking two separate reviews in this area. The first, which originated as a result of the Building Ministers Forum in February, is looking specifically at evidence of suitability requirements with respect to cladding products in particular following the 2014 Lacrosse fire. The second (and main) project involves a larger and broader review of the A2 provisions generally.

Speaking predominately of the broader review, Australian Building Codes Board general manager Neil Savery said the project was being driven by a number of factors.

First, in light of the evolution of increasingly multi-national supply chains along with the fact that several states have now had private certification regimes in place for 15 years, a review of the requirements in order determine whether or not these remained suitable and appropriate for the contemporary environment had indeed been on the drawing board before Lacrosse and Infinity, Savery said. Nevertheless, he acknowledges that events associated with Infinity and Lacrosse have added to the sense of urgency with which this work was to be undertaken, noting that Infinity is an electrical product that does not come under the scope of the NCC.

“You had a combination of things where on one hand people were saying, ‘look, it’s time to see these provisions reviewed’, but at the same time, there were actual events occurring that prompted us to say ‘well, maybe there are some aspects of this that we need to pull forward and look at more closely in order to ensure that there aren’t some things which need to be done more rapidly than would otherwise have been the case,’” Savery said.

Savery stresses that the provisions which are the subject of the current review deal with evidence of suitability rather than product conformance. In other words, they focus on the issue of whether or not the products in question are appropriate to be used for the intended purpose. Fake, substitute or defective products (or non-conforming products), Savery explains, are an issue which cannot be appropriately dealt with through the provisions of the NCC itself and must in fact be dealt with through other means.

In terms of what should be changed, a common area of complaint revolves around what some say is loose terminology with respect to the five types of evidence specified under the Code.

In a recent submission to the inquiry, for example’ the Building Products Innovation Council indicated argued that the wording of the third option under which a ‘certificate from a professional engineer or other appropriately qualified person’ was problematic. It argues that the terms ‘adequate’ or appropriately qualified’ are vague and excessively broad. The definition of ‘professional engineer’, meanwhile, encompasses any engineering company in any country that employs someone with a professional engineering qualification and could therefore include individuals and entities who do not have experience with the specific product or type of building in question.

In its submission, the BPIC suggests the terms ‘adequate and appropriate’ could be tightened to refer to to people who possess recognised national qualifications and belong to a reputable industry association whilst the definition of ‘professional engineer’ be could be reexamined.

Perhaps more importantly, the BPIC argued that the term ‘any other form of documentary evidence’ contained in option five was unclear and open to misuse, and should be removed.

Other commentators broadly echo similar sentiments. In a joint interview, Peter Hofstetter a director of building certification, energy and access consultancy firm Certis, and Conan Wilson, the Queensland team leader for Certis’ commercial certification division, expressed caution about the idea of removing the ‘other appropriately qualified person’ term. But they agreed that ‘other forms of documentary evidence’ and ‘other appropriately qualified person’ terms referred to above are unclear and place undue pressure upon certifiers to use their discretion. In respect of the ‘other forms of documentary evidence’, Hofstetter says Certis has had occasions in the past where people fielded queries from people wanting to have their plumber or accountant certify documents.

As well, Hofstetter and Wilson would like to see a shorter list of options available with regard to evidence for suitability and to have fewer options as well as fewer paths to pursue. It might be appropriate, they suggest, to have more stringent requirements for higher risk items and a greater range of options for less strict items. The requirements could also be re-written in a manner which is less technical and more accessible to people who are not certifiers, they suggest.

Beyond evidence of suitability, Hofstetter says he would like to see greater clarity in a number of BCA clauses. One example would be greater clarification of the distinction between which materials are to be classed as external walls and those which are to be considered to be merely an attachment. Under certain circumstances, this distinction impacts whether or not combustible material can be used.

To further reduce ambiguity, he would also like to see the CodeMark scheme made mandatory on a national scale and information about the uses for which particular products had been certified made available on a national register. Without a national requirement for something like Codemark to provide consistency and certainty, the pressure is put on every individual certifier to on a product by product basis,  Hofstetter says.

Other certifiers agree. Sean Igoe, a senior building certifier at Knisco Development Solutions, says Australia should adopt the Codemark scheme along with a centralised database system and public register more widely. Igoe says this is a challenging area in which the regulatory environment was playing catch up to industry, and that trade agreements had enabled the importation of products and materials with limited if any levels of scrutiny.

Kristen Brookfield, senior executive director of Building, Development and Environment for the Housing Industry Association says the most important aspects with regard to dealing with both non-compliant and non-conforming products revolves around issues which are beyond the scope of A2 requirements.

These include addressing current gaps which are occurring within our conformance regime at the point of manufacture and the point of sale as well as thorough efforts to better educate designers, builders and others about how to approach both the consequence and likelihood of product failure.

On the latter point, Brookfield says a further initiative currently underway on the part of the ABCB to produce a handbook designed to provide builders, surveyors and architects with greater awareness about the risks of non-conformance and how to manage this was particularly useful. The HIA is also working alongside manufacturers and suppliers in order to encourage them to provide concise documents which spell out who has tested the product in question and what it has been tested for, she said.

Hofstetter and Wilson expressed frustration that overseas suppliers appeared to be getting away with importing products into Australia without any apparent means of being punished.

“The people that imported the electrical cables that Masters sold (Infinity cables) that went into 40,000 houses – who gets fined for that?” Hofstetter asked. “Somebody has made money on it but  It’s householders that end up paying. Who gets penalised?”