What Lies Ahead in Construction: Leadership or More Licentiousness? 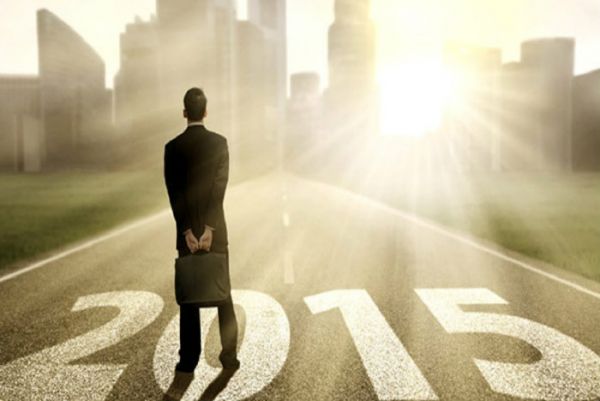 The blame for this calamity is unequivocally with those responsible for leadership failure: the senior departmental executives who formulated atrocious policies and the ‘governance’ officials who committed to this ‘no controls’ strategy. The culpability also lies with those we elected to govern, Governments and Ministers who are supposed to be in charge of building regulation and consumer protection. For decades, they have failed in their obligations and duty of care. Their lack of moral leadership and inability to recognise what is iniquitous made licentiousness legitimate.

At the end of the day, consumers and the public have a right to expect their Governments to protect them from the worst excesses of the market. But successive Governments abandoned the community, allowing the industry to be unrestrained. The ravages of the ‘free unregulated’ market caused hundreds of thousands of owners/residents to suffer enormous financial loss and for many, their lives are now placed at perilous risk.

Almost weekly, we learn of more building disasters. Be it the Mt Waverley wall collapse in July, the apartments with non-compliant cladding, the Lacrosse building fire in November 2014, or the fire and electrocution hazards in 40,000 buildings, with the ACCC now spending $80 million to remove the dangerous Chinese cabling – to be paid for by ordinary Australians. Then we have the estimated 10,000 Victorian families living the nightmare with faulty slabs, termed ‘slab heave.’ None of these are ‘accidents.’

Qualified, skilled and ethical practitioners, proper regulatory enforcement and punishment of offenders as a deterrent to misconduct, together with a real consumer protection regime, would have prevented what is the greatest consumer catastrophe in our history. As well, buyers would not be facing grave risk when attempting to purchase a house or apartment, and the Victorian community would not be confronting what is now a third-world built environment, bequeathed to them as the hangover – when they never profited from the party!

Let’s consider the Mt Waverley wall collapse, which had the same surveyors responsible as for the Lacrosse building’s non-compliant cladding. Aisha Dow inThe Age in May 2015 quoted MFB Deputy Chief Officer David Youssef as saying “In my 30 years I have not seen a fire spread like this in a high-rise before” and “I actually didn’t expect to see it in my career because I was confident that Melbourne high-rises were built to very high standards. We’ve been caught by surprise with what occurred there.” Youssef’s confidence was clearly misplaced. The VBA’s fictitious ‘very high standards’ led to ‘surprise’ because the non-existent standards were an ‘official Government secret’!

After the fire, the MFB condemned the building, but residents were ‘allowed’ back to live in these apartments. On August 14, Channel 9’s ACA revealed that 66 people have died overseas from this ‘highly flammable cladding’ and VBA’s Jarrod Edwards confirmed that the building could catch fire again, with the danger of deaths next time. Edwards blamed the surveyor. However, it is the duty of the VBA to check and oversee surveyors; this obligation was negated by the VBA and instead consigned to ‘protecting surveyors.’ The CSIRO fittingly labelled this disaster “massive regulatory failure.” Legal liability rests with the VBA, but it has never been punished for its willful negligence. As for financial compensation for residents, will the insurer pay a second time? Not likely!

Life is precarious for those living in this building, but none of us should be surprised. The VBA has a decades-long history of ‘no regulation.’ Its philosophy does not value people’s lives and its paradigm has never contemplated proper insurance cover for owners as of any import.

So where does this leave owners and residents?  In May 2015, the VBA announced an audit on 170 buildings to find out how many have flammable cladding, focusing on buildings ‘built’ between January 2005 and 2015.

These dates are significant for the VBA. From 2005, we can chart the beginning of our massive consumer catastrophe, a consequence of the introduction of the ‘No Resort’ insurance in 2002. By 2005, the impact of a lawless industry without the insurers to ‘play policemen’ allowed these rogues to run rampant. Not only were they uncontrolled, they were assisted and defended by the bureaucracy. Not surprisingly, from 2005 the number of reprobates grew exponentially, with the financial consumer detriment increasing as rapidly. Consider that in Tony Arnel’s press release of 2002, there were 35,000 owners who had building disputes that year. This quickly escalated. By 2008, it was 206,000 owners who suffered financial loss, or 16 per cent of all building consumers – the detriment to building consumers was $1.6 billion, up from $706 million in 2006, representing 53 per cent of the total financial consumer detriment for that year.

How long will this VBA audit take and what will it do? From Dow’s article, we learn that as usual, it is unknown how long this audit will take. In a statement, the VBA said when it found non-compliant cladding it would notify the public and relevant fire service and would call in the municipal building surveyor to decide whether there is a risk to occupants. Herein lies the critical part from Edwards: “Once this work is concluded, the VBA will then consider further action which may include disciplinary action or prosecution in appropriate cases.” The key word here, important in the VBA/CAV dictionary is ‘may’ as opposed to ‘will.’ To translate, there will be no action because ‘may equals no action’ is ‘the VBA way.’ Its credo demands protecting the crooks, shielding them from harm and ensuring that they avoid any civil or criminal charges.

In response to ‘slab heave’, Simon Johanson  in The Age in April 2014 reported that in Slater & Gordon’s submission to the Department of Treasury’s review on building consumer protection guidelines:“many homes underpinned with a ‘waffle slab’ system had critical defects.” Owners’ common experience reported to Slater & Gordon entailed “making unanswered complaints to their builders for years without resolution.” Johanson went on to say “home owners were unable to get their builder, Consumer Affairs or the Building Commission to look at the problem.”

Officials always refuse to enforce compliance, to discipline, or to deter the cowboys from continuing their non-compliant practices. Simply stated, builders refuse to honour the supposed ‘statutory warranties’ and the ‘officials’ refuse to make them.

What must be done?

We need radical change urgently, with rigorous scrutiny forcibly imposed. All responsible senior officials must be removed immediately and made accountable, and the culture of no enforcement, corruption and secrecy condemned. Most importantly, consumers must reclaim their voice, their rights to consultation and representation, with their legal ‘consumer rights’ reinstated.

This dictates that the responsible Ministers exhibit the virtues of genuine leadership: decency, diligence, discipline and integrity, and act in the public interest, ending this leadership void and long period of licentiousness.