How Did 1,862 Construction Firms Fail? 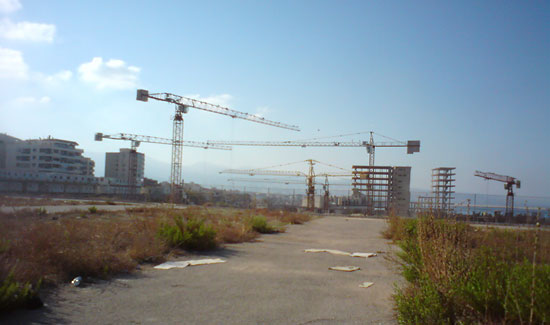 In announcing an inquiry into the state’s building and construction industry earlier this month, New South Wales Finance Minister Greg Pearce said he wants to know why ‘hundreds of companies’ in the sector have collapsed over the past three years, leaving up to 24,0000 unsecured creditors – including suppliers and sub-contractors – out of pocket.

Pearce’s claims about the scale of the problem are no exaggeration. Recent data from the Australian Securities and Investments Commission (ASIC) by Kingsway Financial Assessments – a specialist firm which assesses contractors to determine whether or not they have sufficient financial capacity to undertake projects for which they have tendered – reveals that the problem is bigger than many might believe.

Indeed, in 2010/11, no fewer than 1,862 firms operating throughout Australia went into insolvency, accounting for a whopping 23 per cent of all corporate bankruptcies throughout Australia. Of these, almost half (48 per cent) occurred in New South Wales.

Throughout the industry, the impact has spread far and wide. On top of losing their jobs, workers can lose amounts owing for superannuation, leave entitlements and unpaid wages. Clients not only experience delays in project completion and the additional costs and effort involved in having to engage new contractors but also may be subject to damages claims from prospective tenants in regard to late completion as well as claims from unpaid sub-contractors.

Governments, too, can suffer political fallout, as evidenced with the situation in New South Wales where thousands of sub-contractors of Reed Construction came to the realisation that they were unlikely to receive a penny of the $89 million they were collectively owed for work on government projects.

Probably hardest hit of all, however, are those at the end of the payment queue: subcontractors and suppliers. Kingsway’s analysis reveals that in 92 per cent of cases, unsecured creditors do not recover any of the money owed to them.

Why does it happen?

Some of the reasons for such a high failure rate are clearly apparent.

Obviously, the industry is experiencing downright awful conditions. A reading of the latest Performance of Construction Index report published by PricewaterhouseCoopers and Australian Industry Group shows that construction activity has shrunk for the past 26 months on end and that selling prices have been in decline since 2010 even as wages and input costs continue to increase. Obviously, this is not a sustainable operating environment for many firms.

Furthermore, given the significant amounts of capital involved with large-scale developments in an industry subject to substantial fluctuations in demand, a relatively high rate of corporate failure is not surprising.

Yet the Kingsway analysis suggests that other factors are involved. Most significantly, these include cash flow problems associated with the domino effect of upstream contractors failing, issues surrounding strategic direction, a lack of financial controls, a lack of adequate capital and poor management of accounts receivable.

Some or all of the above, the financial assessment firm says, are telltale signs of trouble.

Out of the 1,862 insolvencies which occurred during 2010/11, deficiencies in assets and funds from which to pay creditors amounted to more than $50,000 in all but 300 cases, Kingsway’s report says.

Pearce may want to know what causes the high rate of insolvencies and bankruptcies in construction. The truth, it seems, is that there are many factors involved and when those factors occur, the fallout is far and wide.